-So Abraham rose early in the morning and took bread and a bottle of water and gave them to Hagar, putting them on her shoulders, and he sent her and the youth away. And she wandered on [aimlessly] and lost her way in the wilderness of Beersheba- (Genesis 21:14) 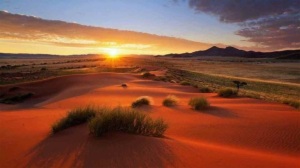 ****
These are the words that Hagar heard from heaven after she had been thrown out… banished…and abandoned…both her and her little boy…
-from her husband, her home and all that she had become familiar with and accustomed to-

Her husband, Abraham, had put her away…
Her son, Ishmael had been turned away by his father…
It appeared that they were all alone…and scripture tells us that Hagar and the young boy wandered in the wilderness, aimlessly.

Where would they Go?

What would they Do?

Who would open their doors to them and have mercy on this homeless mother and her fatherless child?

Hagar was hopeless and afraid!!

Abraham had sent her away with only bread and a bottle of water. He placed it upon her shoulders early that morning, before bidding her farewell. She had been a ‘thorn in the side’ to Abraham and Sarah…stirring up strife in their marriage and stirring up jealousy in her son, towards his brother Isaac.

Sarah had finally reached her breaking point…Demanding that this bondwoman and her son be cast out and away from her sight.

Abraham loved Ishmael and reluctantly acknowledged his wife, Sarah’s request. It was only because God had spoken to Abraham…confirming that he must do what Sarah had asked, that Abe grievously sent them away.

So as Hagar wandered aimlessly in the wilderness, with no real destination in mind…she lost her way…and had run out of water.

How could she and her son survive or sustain themselves in the blistering conditions of the desert with no water and no refuge??

Hagar could see no hope in sight…as her eyes were likely, filled with tears and her head hung low in despair…But God saw Hagar and God loved both Hagar and Ishmael…and showed them His mercy and His lovingness. He called out to Hagar from Heaven and He opened Her eyes…revealing a well of water.

Just when She had given up…distancing herself from the boy and placing him under a shrub…fearing that he would be overcome from by the sun and the heat…Ismael’s Mother could not bear to watch him wither away and die from dehydration.

Hagar treaded off and sat down in despair, away from Ishmael and raised up her voice and wept…as her young son also lifted up his voice and cried out…probably for his mother…Then God heard them both!!

God had not abandoned them…He was with Hagar and Ishmael and He quenched their thirsts…and spared their lives and fulfilled His promise to make Ishmael into a great nation.

-Then God opened her eyes and she saw a well of water; and she went and filled the [empty] bottle with water and caused the youth to drink. And God was with the youth, and he developed; and he dwelt in the wilderness and became an archer. He dwelt in the Wilderness of Paran; and his mother took a wife for him out of the land of Egypt- (Genesis 21:19-21)

Our God in Heaven Loves Us!! He Sees Us and knows when We are in trouble and He Already knows Our Fears…Yet, He wants Us to Cry out to Him…realizing that He is Our Refuge, Our Security, and Our Only Hope For the Future.

He wants Us to Pray to Him…telling Him about ALL of Our Troubles…leaving the weight and the burden of our troubles and fears upon his Capable Shoulders…Then He He will hear Us and open Our eyes and fill Our empty vessels with His Living Well of Water…His Holy Spirit!!

And as He moves Us Forward, with A purpose…to His pre-planned destination…He Will fulfill his Promises to Us and makes Us and Our Families into a great nation of people Who Are Blessed…as We Follow Christ!!

Thanks For Visiting, Neighbor.

Don’t forget to Be a Blessing…
Share The CareBibleStudy Blog with YOUR Family, Friends, Co-Workers, and Your Neighbors – Loving Them As You Love Yourself!! 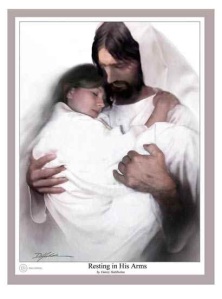 I love to Sing to the Lord. I find myself singing to Him around my house as I’m cooking, cleaning, and even while I’m getting dressed. It’s Funny how it has become contagious in Our house…as I sometimes hear my daughter, Allie’s voice through the heating ducts…piercing up and through the floor registers, as she joyfully, sings while folding the laundry in our basement.

I think that’s so cool!!

Growing up, My Dad used to sing around Our house…particularly while he was cleaning house or doing laundry. I can remember sitting on the basement steps, watching him hang the laundry on the clothes lines that he had hung in our basement. He Always sang the same song!!…And I have recently become reacquainted with that -oh so familiar- song again…called, ‘I will Trust in The Lord.’

That was My Daddy’s Song…

It Seems that The Lord has re-gifted me with that Song during the Month of March.  It has been A very Comforting ‘Theme Song’ for Me and the melody has been…ever so present in my Spirit, as I have mourned the loss of my brother and as I have reflected on Our childhood memories.

My Daddy’s song has also been for me…A Sweet Lullaby…at the end of my day…when my children have been tucked into bed…after the T.V. has been shut down and All the lights have been turned off…after the Hubby is snoring…and it’s time to Lay-Me-Down to Sleep.

Then…There’s just Me and Jesus!!

And As I Pray…I Can trust in The Lord to comfort My Spirit with the Scriptures…as I have hidden His Word down in my heart…and I know that I can let go of All the stress of the day…trusting that He will give His angels especial charge over Me and My loved ones…as He protects and defends Us while We rest.

I trust in Him to reveal His secrets into my Spirit…in the form of Sweet Dreams, and I trust in The Lord to awaken Me, by His grace to a New morning…full of New Mercies.

I love the Lord and I Thank Him for His Peace that Surpasses All Understanding and I trust in His Plan for My Life…and because My trust lies, confidently in Him…When I hear that ever so comforting melody begin to stir…down in my Spirit, at the end of my day…I can close my eyes and rest peacefully,…fully expecting that my Sleep will be Sweet…As I Trust in The Lord!!

-When you lie down, you shall not be afraid; yes, you shall lie down, and your sleep shall be sweet. Be not afraid of sudden terror and panic, nor of the stormy blast or the storm and ruin of the wicked when it comes [for you will be guiltless], For the Lord shall be your confidence, firm and strong and shall keep your foot from being caught [in a trap or some hidden danger-

Thanks For Stopping By, Neighbor,

Hey Neighbor…Don’t forget to share the CareBibleStudy blog with Your Family, Friends, Co-Workers, and Neighbors – Loving Them as You Love Yourself!!