-No king is saved by the great size and power of his army; a mighty man is not delivered by [his] much strength. A horse is devoid of value for victory; neither does he deliver any by his great power-(Psalms 33:17) 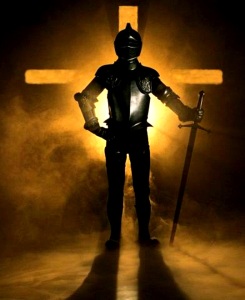 So We’ve been reading 1 Samuel 27-30 and We find in Verse 30:9-10 that 200 of David’s men, although mighty in battle, were not so mighty in faith as they were crossing the brook of Besor, with David to GO and reclaim ALL that God had promised to Restore into their hands.

**********
So as David and his army of 600 men were leaving Ziklag in pursuit of those that had burned down their homes and had taken away their wives and children, David was confronted with yet another interpersonal issue amongst his comrades. 400 of the 600 were not physically, nor spiritually fit for battle. They were wiped out – physically, from the three day journey returning from the land of the Philistines and wiped out – spiritually, as they were still mourning for their loved-ones and did not possess the spirit to believe God for such a miraculous victory as that that David had spoken of.

Although God had spoken to David, reassuring him that every man would Recover ALL -including every man’s wife and every man’s child…missing NO-THING, great or small…yet they did not have the faith to GO-ON with God.

I’m sure this was quite a disappointment for David. God had told him to GO and pursue the raiders, but somehow David had imagined that the Lord would give him this miraculous victory with the strength and might of his army of 600 men vs. only 400.

I’m sure that David made every attempt to also encourage these faithless men in the Lord, as he had encouraged his own spirit in Verse 30:6…but at some point, David had decided that he must hold fast to his own Faith in God. He would Press-On, leaving the 200 behind and leading the 400 Forward.

David decided to Just Believe God…Going-On and trusting that He was still going to give him the victory, regardless of the size of his army…just as He had promised. Only this miraculous victory would not be obtained via the strength of David’s 600 mighty men, nor even by the power of David’s 400 men, but it would be obtained by God’s Ever-Abounding and Faithful Spirit to those Who Will Just Believe.

-It is not by force nor by strength, but by my Spirit, says the Lord of Heaven’s Armies.
(Zechariah 4:6)

Thanks For Stopping By!!
God Loves 💕You and So Do I!!

7 thoughts on “BELIEVE and GO-ON with GOD!!”